A conversation with Jimmy Page and Robert Plant
by Adminn on October 25, 2013 in Interviews News

“I was in a club last night when someone asked me if I wanted to meet Jimmy Page,” the show’s host suddenly offered between calls. “You know, when I think about it, there’s no one I’d rather meet less than someone as disgusting as Jimmy Page.”

Jones bolted up from his game. “Let me just say that Led Slime can’t play their way out of a paper bag and if you plan on seeing them tomorrow night at the Garden, those goons are ripping you off. Now don’t start wasting my time defending Led Slime. If you’re thinking about calling up to do that, stick your head in the toilet and flush.”

Jones, normally a man of quiet reserve, strode furiously across the room. He snapped up a phone and dialed the station. After a short wait, the talk show host picked up the phone.

It was a familiar battle, as Jones saw it. Although Led Zeppelin has managed to sell more than a million units apiece on all five of its albums and is currently working a U.S. tour that is expected to be the largest grossing undertaking in rock history, the band has been continually kicked, shoved, pummeled and kneed in the groin by critics of all stripes. “I know it’s unnecessary to fight back,” Jones said. True enough: The Zep’s overwhelming popularity speaks for itself. “I just thought I’d defend myself one last time.”

The night after that aborted defense, in the first of three concerts at Madison Square Garden, Led Zeppelin brought a standing-room-only audience to its feet with one of the finest shows of its six-year career. On Page’s unexpected midset impulse, the band launched unrehearsed into a stunning 20-minute version of his tour de force, “Dazed and Confused.” The tension of uncertain success was an evident and electric element in Zeppelin’s performance that evening. “No question about it,” lead singer Robert Plant enthused before returning to the stage for a second encore of “Communication Breakdown,” “the tour has begun.”

It has been a long time since Zeppelin last rock & rolled. After 18 months spent laboring over their new double album, Physical Graffiti, the band has some warming up to do. “It’s unfortunate there’s got to be anybody there,” Plant said. “But we’ve got to feel our way. There’s a lot of energy here this tour. Much more than the last one.” The tour’s official opening night, January 18th at the Minneapolis Sports Center, went surprisingly well considering the circumstances. Only a week before, Jimmy Page broke the tip of his left ring finger when it was caught in a slamming train door. With only one rehearsal to perfect what Page calls his “three-and-a-half-finger technique,” the classic Zeppelin live pieces, “Dazed and Confused” and “Since I’ve Been Loving You,” were indefinitely retired. Codeine tablets and Jack Daniel’s deadened the pain enough for Page to struggle through the band’s demanding three-hour set. 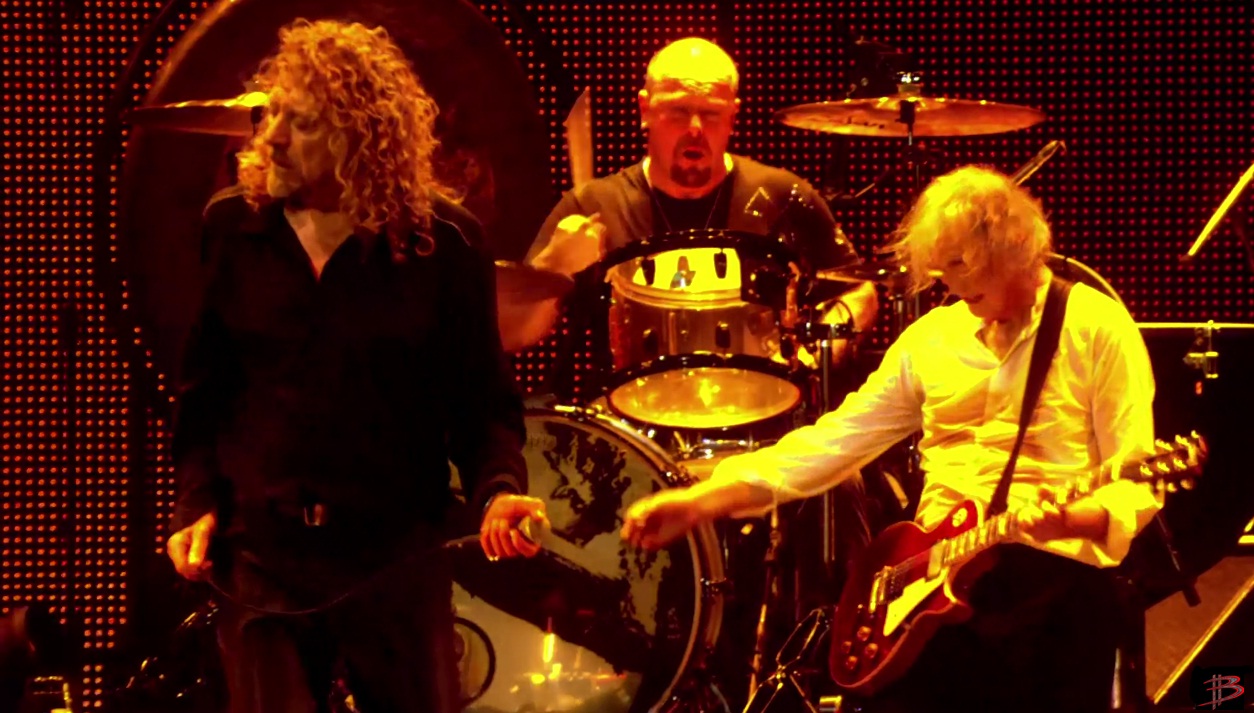 Peter Grant, Led Zeppelin’s manager and president of Swan Song, the group’s record company, found those first few dates strange: “A Led Zeppelin concert without ‘Dazed and Confused’ is something I’ll have to get used to. In a lot of ways that number is the band at its very best. There’s one point in the song where Pagey can take off and do whatever he wants to. There is always the uncertainty of whether it will be five or 35 minutes long.”